Growing up on the farm one of the first lessons I learned is that it takes all of us to work together when something needed to be done. Each day we all had our own chores we were responsible for… It was a way of life.

It was never an option to join in, you were expected to join in and do your part.

One of the best examples was during sweet corn season. When the corn was ready to be picked the day started early. Some of us were a part of the picking and filling up the back of the pick up. Then it took several of us to shuck the corn…it was hot and the flies were awful, it was never an option to bow out. This was the longest and least fun of it all! There were others inside the house, in the hot kitchen without air conditioning, cutting the corn off the cob and cooking it. Finally it was cooled, bagged up and ready to put in the freezer for the coming months.

It was a job that was virtually impossible for one or two people to do alone. It took all of us and still took all day! I don’t ever remember saying I don’t want to do this or I have something else to do today. You knew it needed to be done, so you did it.

Each person on the team was valuable – the young to the old!

That’s the way teams work, pitching in to build success. 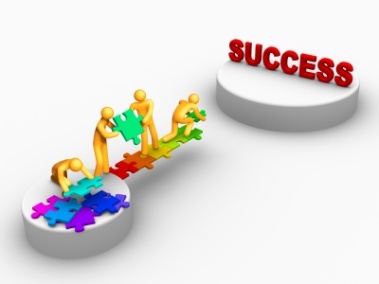 You think in terms of the we instead of me.

We all have opportunities to work in team environments. As everyday leaders we know that each person is a valuable part of the team, and that it takes the whole team to make things happen! We know what it means to be a team player, offering input, but buying into the team decision.

As the everyday leader we know that we have the ability to influence those on the team whether we are the leader by position, or a participant, we have a whole group to influence.

We can model what it means to be on a team. We can encourage and have the opportunity to instill value as we work together. Our thoughts and our actions can impact the others.

We know that how we respond, the words we speak, the attitude we display, the work ethic others see, trust that is demonstrated, a caring spirit and our character overall is how we influence.

What teams are you on? Are you a person of influence to the others?

We all have the opportunity to lead and influence for good or for bad.

Every day leaders, making a difference on the team. Being intentional to be a team player and influencing those around us in positive ways.